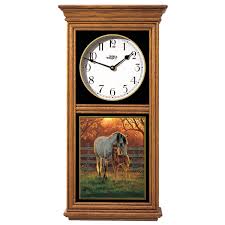 Mama Clock led her son Ben down the road. She had his wrists tied to a watch and his brain strapped to a schedule. Although Ben lived in a lovely village surrounded by trees, fresh air, and flowers, he couldn’t see its beauty. Too tied down, he dwelt in Time Prison, handcuffed and ruled by Mama. She controlled him. There was no deviation from her schedule.

Every day was exactly the same.  Changes came only once a month, on Sundays. If Ben avoided his schedule, Mama Clock would shake her rusty fist, twist her tin face into a scowl, and shout: “Moron, get back on schedule! I’m not ticking away here to amuse you. You can only pull yourself out of your swamp by following my schedule. It will tell you exactly what to do, and your wristwatch will tell you exactly when to do it. Follow my advice. Until you can run your own life, I will run it for you!”

Mama Clock called Ben stupid so often that he eventually believed it. He became a docile and willing prisoner. The thought of freedom frightened him.

One day he met a thin, lively girl with dancing blue eyes. Her name was Frieda. She had
a spirited way of talking, laughed easily, seemed unafraid, and had a good time wherever she
went.

But Frieda thought Ben was just as smart as anybody else. “Mama Clock wants to keep
you prisoner by convincing you you’re stupid,” she told him. “If she keeps you handcuffed
to your wristwatch, you won’t find out how smart you are.”

Ben had many talks with Frieda. After lunch, they’d walk in the park or sit by the ocean,
watching the waves roll in. As he began to understand he wasn’t stupid after all, belief in
himself grew.

So did his fights with Mama Clock. Fearing he might break out of Time Prison, she
hurled one accusation after another at him. “Stupid, blithering, blundering idiot! Your brain
is softer than an egg yolk. How can a moronic, loathsome creature like you expect to
succeed in the world?”

Ben defended himself, fought off each accusation with his newfound belief. The more
he fought, the more he emerged from Time Prison. He unlocked his wrists, dropped his
wristwatch in the gutter, and tore up his schedule. Soon he was able to say goodbye to
Mama Clock.

He held Frieda’s hand as they danced down the road together.

from Carlos the Cloud
Available on Amazon and BN.com

Ben in his Big Ben form